The Only Sin That God Never Forgives According to Bible

Many Christians have heard that there is an unforgivable sin and are terrified that anything awful they did before or after conversion could be that sin.

Their apprehensions are unjustified. While there is an unforgivable sin, it is one that cannot be committed by a real believer in Jesus Christ. 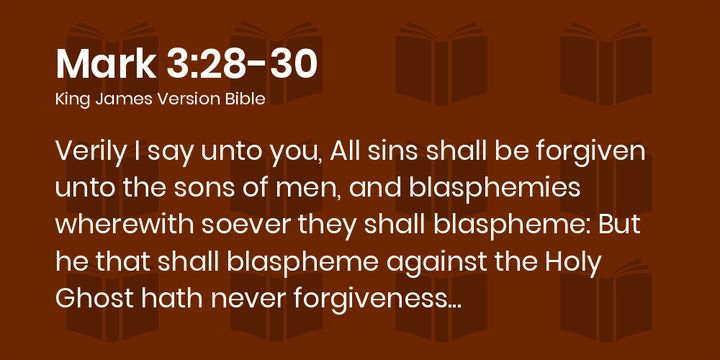 Mark 3:28-30 and Matthew 12:31-32 both indicate the one sin that God would not forgive. By the power of the Holy Spirit, Jesus had been doing miracles, including driving devils out of people. Rather than acknowledging the source of Jesus’ power and accepting Him as God’s Son, the religious authorities accused Him of being possessed by the devil and casting out demons in the devil’s power. 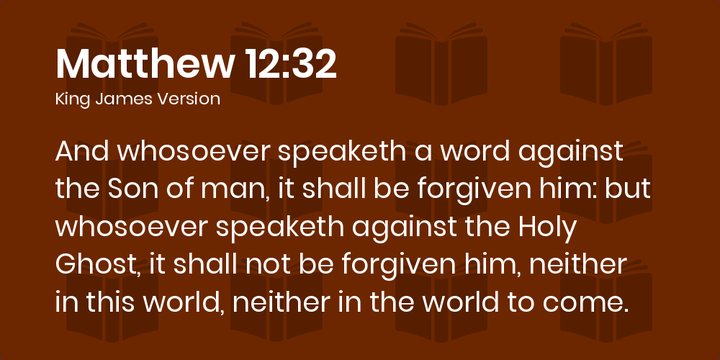 According to Jesus, there is one sin for which no repentance or pardon is attainable, either now or in the future: blasphemy against the Holy Spirit. “However, what does it mean to blaspheme the Holy Spirit?” you might wonder.

Dr. David Jeremiah explains how the only way to comprehend these words is to see them in context with the rest of the article.

— Here are 5 things you should know about the “unforgivable sin,” also known as “unpardonable sin.”

1. Jesus outlines the unforgivable sin in The gospel of Mark.

“Assuredly, I say to you, all sins will be forgiven the sons of men, and whatever blasphemies they may utter; but anyone who blasphemes against the Holy Spirit never gets pardon, but is subject to eternal punishment,” Jesus says in Mark 3:20-30. (Mark 3:28-29).

This is the passage that is frequently cited by Christians when discussing this topic. The chapter, however, does not end there.

2. Look at the very last phrase of the unforgivable sin verse to fully comprehend it.

“Assuredly, I say to you, all sins will be forgiven the sons of men, and whatever blasphemies they may utter; but he who blasphemes against the Holy Spirit never gets pardon, but is subject to eternal punishment,” Jesus says in verses 28-30, since they declared, “He has an unclean spirit.”

This paragraph has caused a lot of confusion in the Christian world. To get at the correct understanding, we must start with the last phrase, which reveals why Jesus said what he said. His opponents accused Him of having an impure spirit, therefore he gave this instruction (verse 22).”There is a sin that you are about to commit,” Our Lord was essentially telling them. You must exercise extreme caution since you are going to do an act for which there will be no forgiveness.”

3. The unforgivable sin is not a hasty mistake.

Allow me to state for a moment that the unforgivable sin is not something committed at random. The scribes from Jerusalem didn’t do this on the spur of the moment. If you look at the allusions to these scribes throughout Mark’s work, you’ll notice that their unbelief progresses. They were initially interested in learning more about Jesus and His ministry. Then there were the questions. They became apathetic over time, but their apathy eventually morphed into a malevolent mindset that was so cruel and vindictive that it nailed Jesus Christ to the cross.

4. There’s a Greek verb that demonstrates it’s not a reaction that happens right away.

There’s an interesting fact about our story in Mark 3 that is only visible in the Greek New Testament. “He has Beelzebub,” the scribes claimed in verse 22. The imperfect tense is used with the verb “said.” “They kept on saying,” it can be translated as. It wasn’t merely an issue of a careless remark or a hasty reaction. Their statements reflected a jaded mindset and a resentful and implacable heart.

By attributing Jesus’ miracles to Satan, the religious elites were denying Jesus’ divinity. They claimed He couldn’t possibly be God. Yet, through His miracles, He demonstrated that He was nothing less than God. Only God could have accomplished what He had. His adherents believed in His divinity.

“If the Russians arrive at our borders, it will be World War III”

Avoid these 6 things that bring demons into your life

Woman, 24, dies after a tree fell on her in Ashanti Region